Review: The Martian should make a great movie... 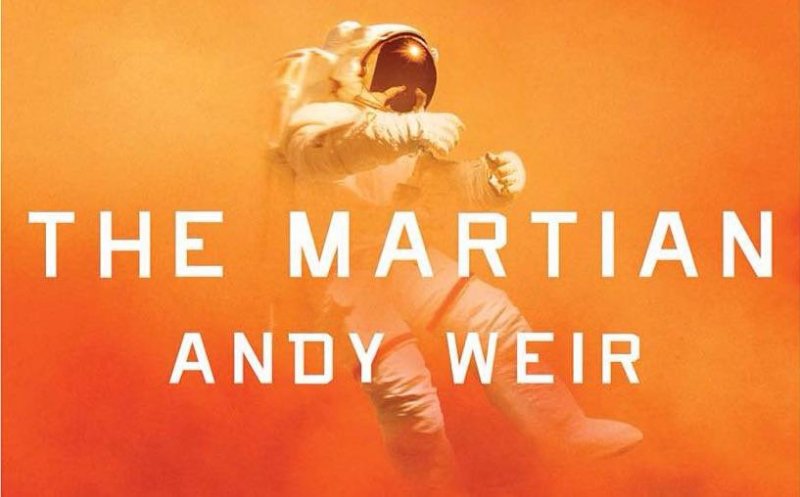 The Martian by Andy Weir

Do you have a fear of abandonment? Enclosed spaces? The outdoors? Are you terrified by the prospect of death? Well, Andy Weir’s The Martian likely isn’t for you. On the other hand, if you have a penchant for science, problem solving, and laughing in the face of death, you’ve come to the right place.

The Martian tells the tale of Mark Watney, an astronaut on a mission to Mars that goes terribly wrong, leaving him stranded on the planet and presumed dead by his crew, his family, and the rest of the population of Earth. Watney is alone, with minimal resources, on a planet that is hostile to life. Thankfully, Watney is a resourceful scientist with a background in engineering and botany, and perhaps more importantly, a sense of humor that never seems to quit.

Action and adventure are prevalent in the book, but The Martian features something that most works of fiction eschew–science. Mars offers no shortage of challenges for Mark Watney, and Weir describes in meticulous detail not only how Watney is in danger, but why he is in danger. Physics, chemistry, botany, and engineering are woven intricately through the story as Watney details each and every challenge he faces.

If this all sounds mind-numbingly boring, allow me to reassure you. Watney may be a “nerdy botanist,” as he describes himself, but he’s also extremely witty. Long passages of scientific exposition are frequently interspersed with wise cracks, one-liners, and mischief. If Watney is going to be stuck on Mars, he’s at least going to make the best of it. Make no mistake, The Martian is a thoroughly humorous book, in spite of the intense topic.

I truly enjoyed The Martian, especially considering that it was the first novel for Andy Weir. It drags at times, and I struggled to get through a few of the more long-winded sections of scienctific exposition, but in the end, I really feel that the novel pays off. The story is compelling, the characters likeable, and the world well-crafted and realistic.

Later this year, The Martian will be released in theaters as a full feature film directed by Ridley Scott. Watney will be played by Matt Damon, who I can easily envision in the role. Trailers look promising, and the fact that the novel read a bit like a screenplay isn’t lost on me. The Martian should make an excellent movie, if Scott plays his cards right.

Next time you’re in the mood for a good read, you could do a lot worse than The Martian. If you act quickly, you can even smugly declare to your friends and family that you “read the book before the movie.”